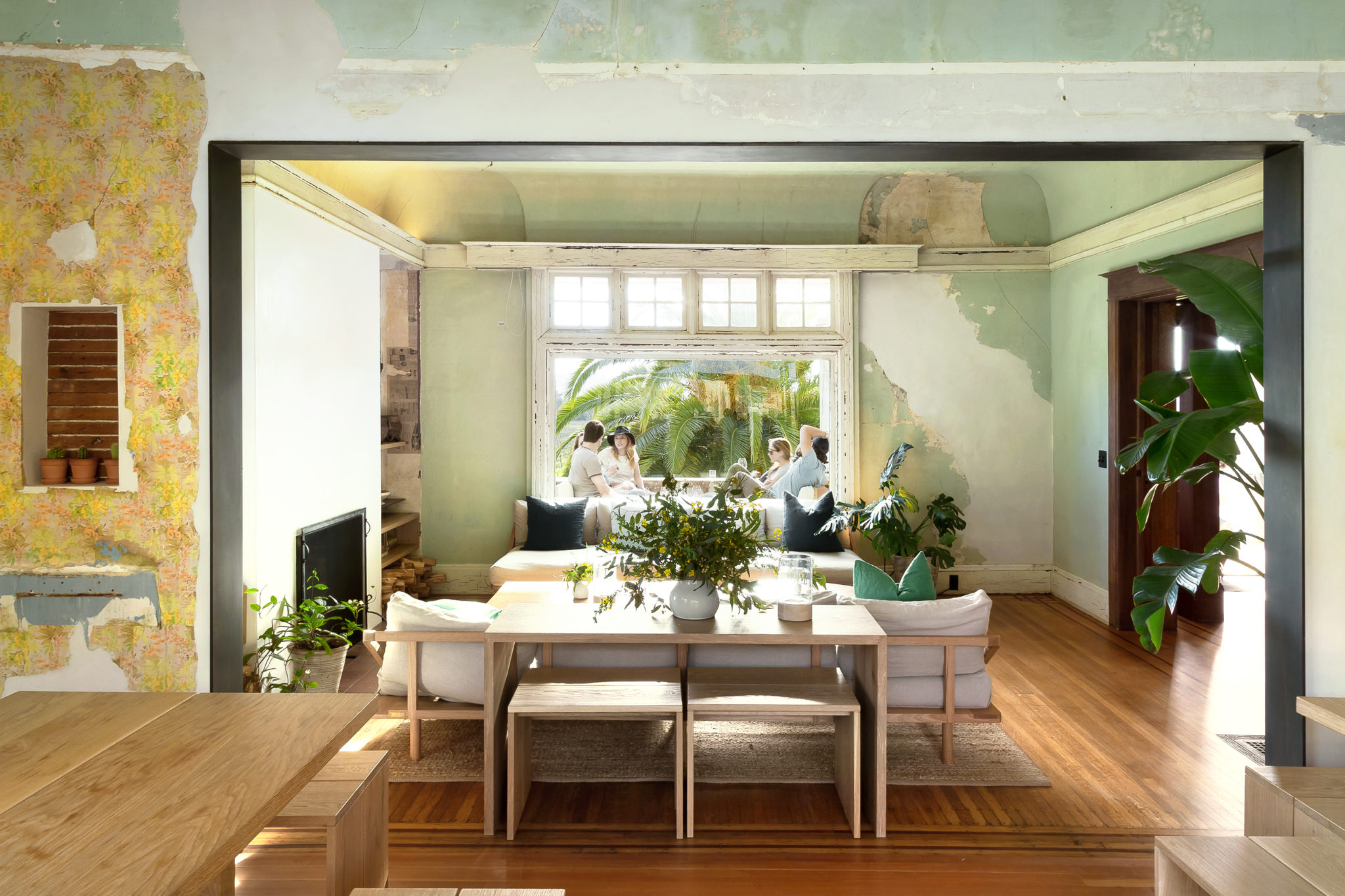 For the Marianis, the character of wine begins in the character of land. The land they chose started scrappy, stippled by the defunct Nicholas Turkey Farm. These 20th century remnants overlaid what once was the Emil Dresel Farm & Vineyards, settled by a German family in the 1850s. Inspired by their predecessors, fourth-generation farmers Adam and Andrew planted German varietals, sharing their chapter in the story of the place with those who came before.

After the brothers opened Scribe in 2007, they noticed that their guests were drawn down the hill to explore a ragged, broken-windowed building. Rebuilt after fire in 1910, this Mission Revival estate house showed the striations of its history, from a poem calligraphied around the dining room frieze in the 1900s to newspapers glued beneath wallpaper in 1951. In the spirit of their non-interventionist viticulture, the Marianis wanted to make the house safe to visit without overwriting its journey through time.

In 2013, our old friends at Aidlin Darling called on our expertise in historic preservation and complex residential building to help reveal a palimpsest: new layered into old, celebrating without replacing the original. We planned by piecing through the building together instead of leaning over drawings. To leave the Hacienda seemingly untouched, we moved surgically, securing the distressed structure while adding power, water and carefully considered modern gestures. We cleaned the weathered finishes rather than revising them. The place emerged as it had been, seemingly enchanted into clarity. As our Operations Manager Bill Schaeffer says, “The more we did, the less it looks like we did anything.”

The Scribe Hacienda gathers famed chefs, artists in residence, and the young and influential by the thousands to wander up the drive of palms and taste the essence of the poem on its wall: “the Bird of Time has but a little way to flutter, and the Bird is on the Wing.” Its past revived and fruit renewed, the land persists in its adventure. 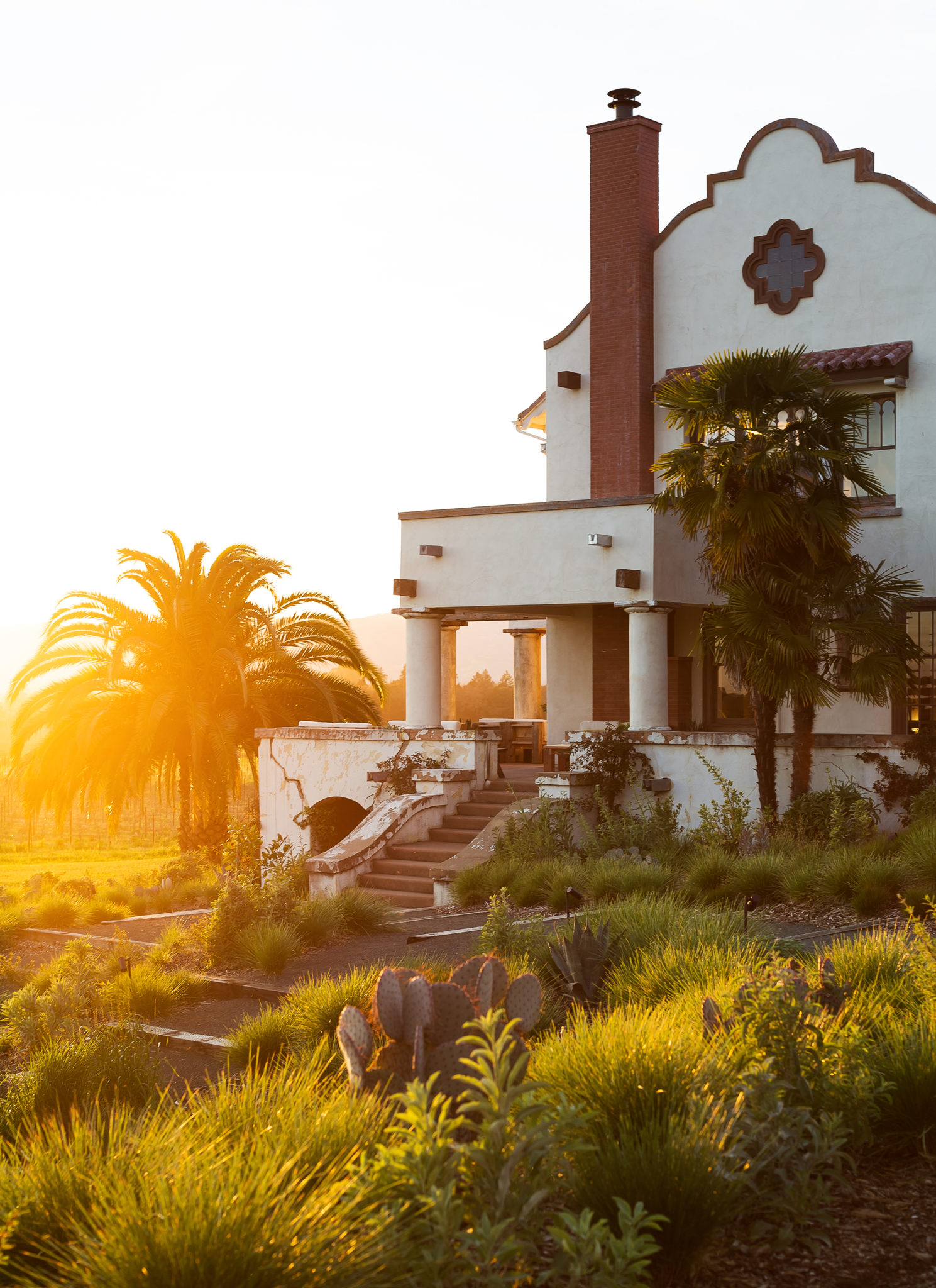 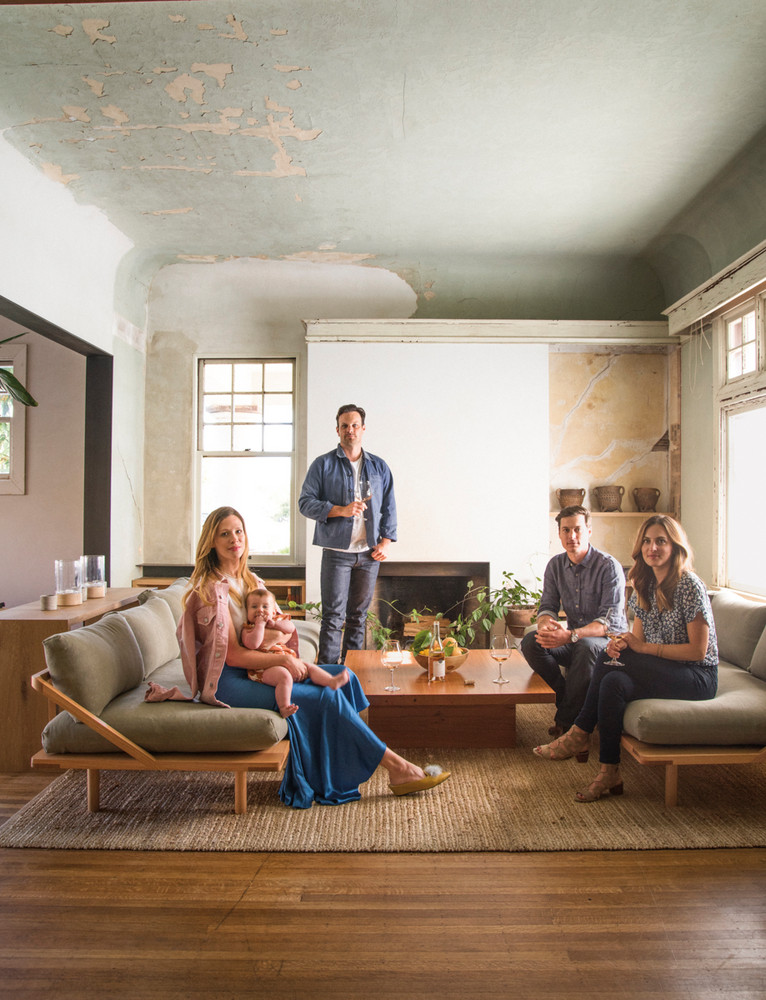 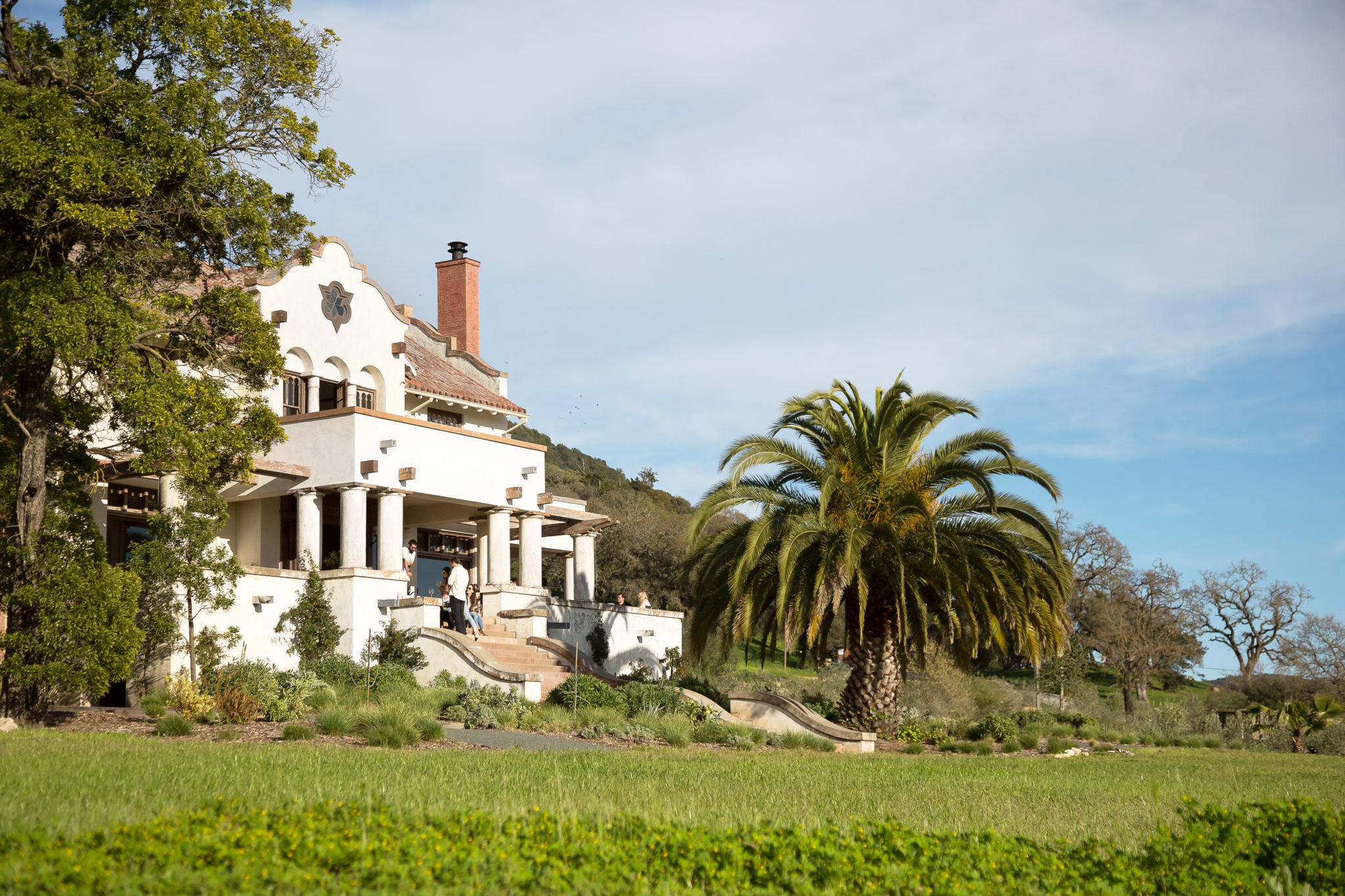 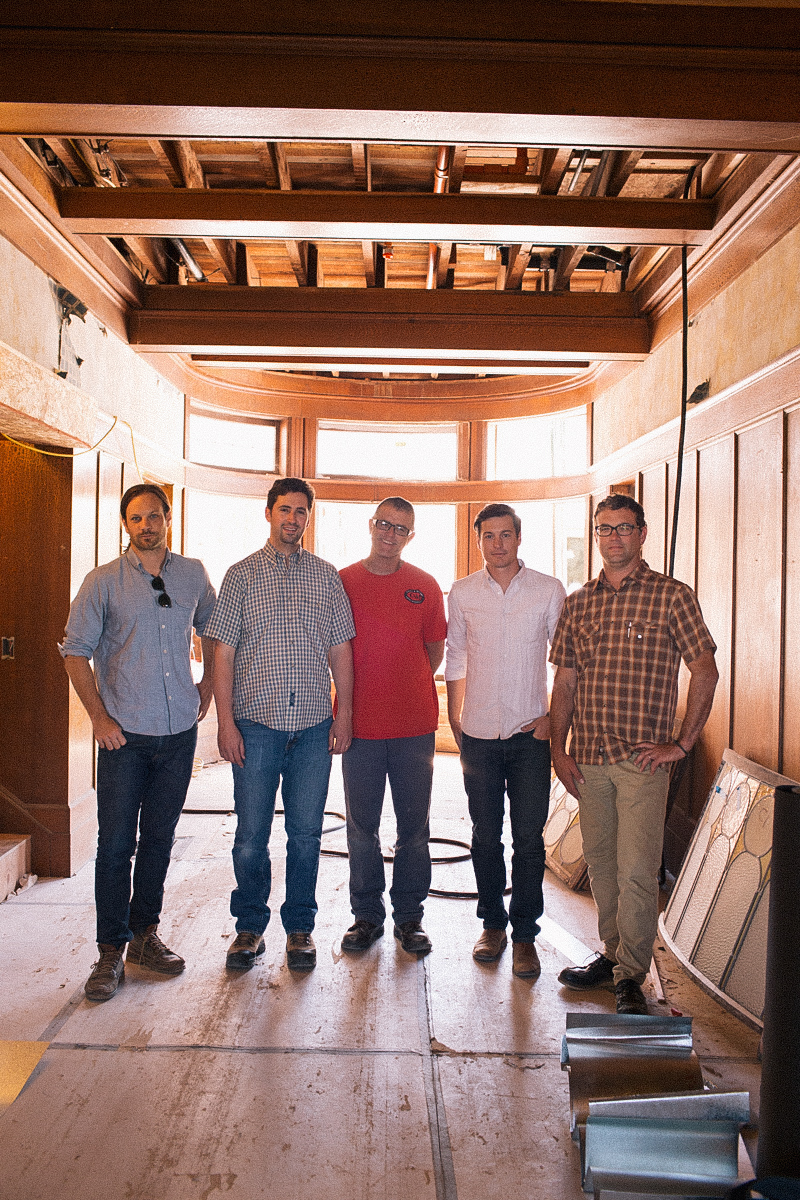 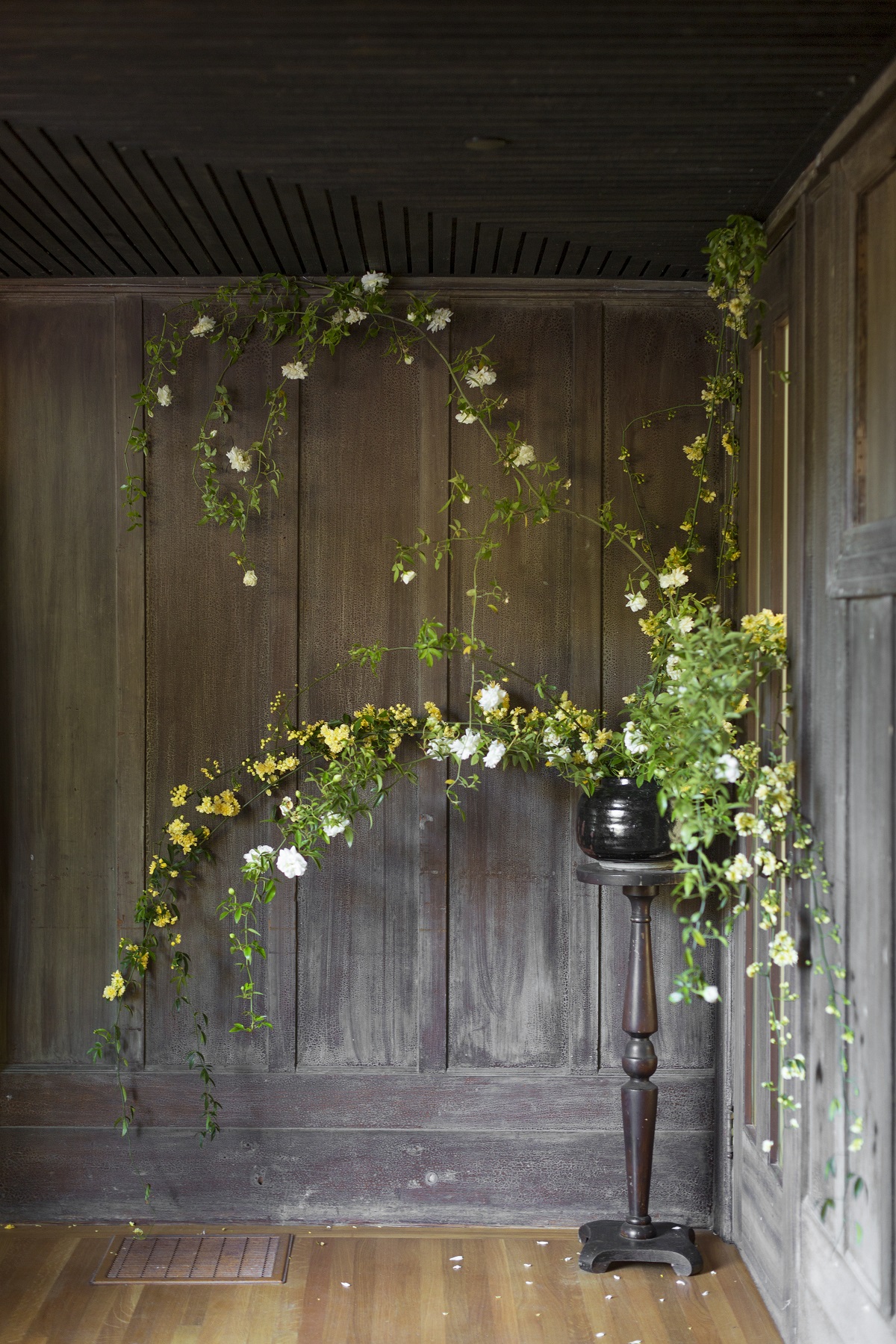 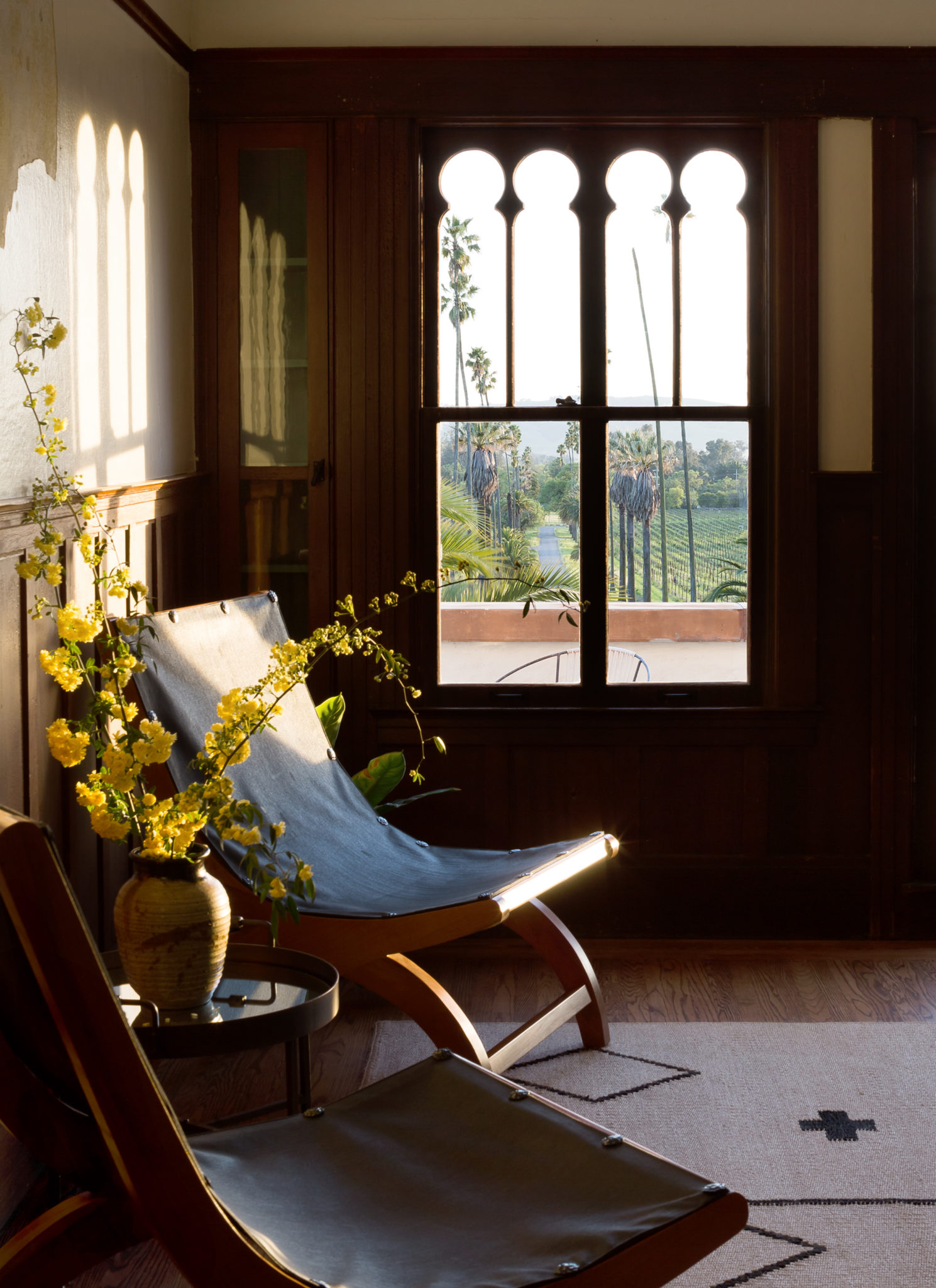 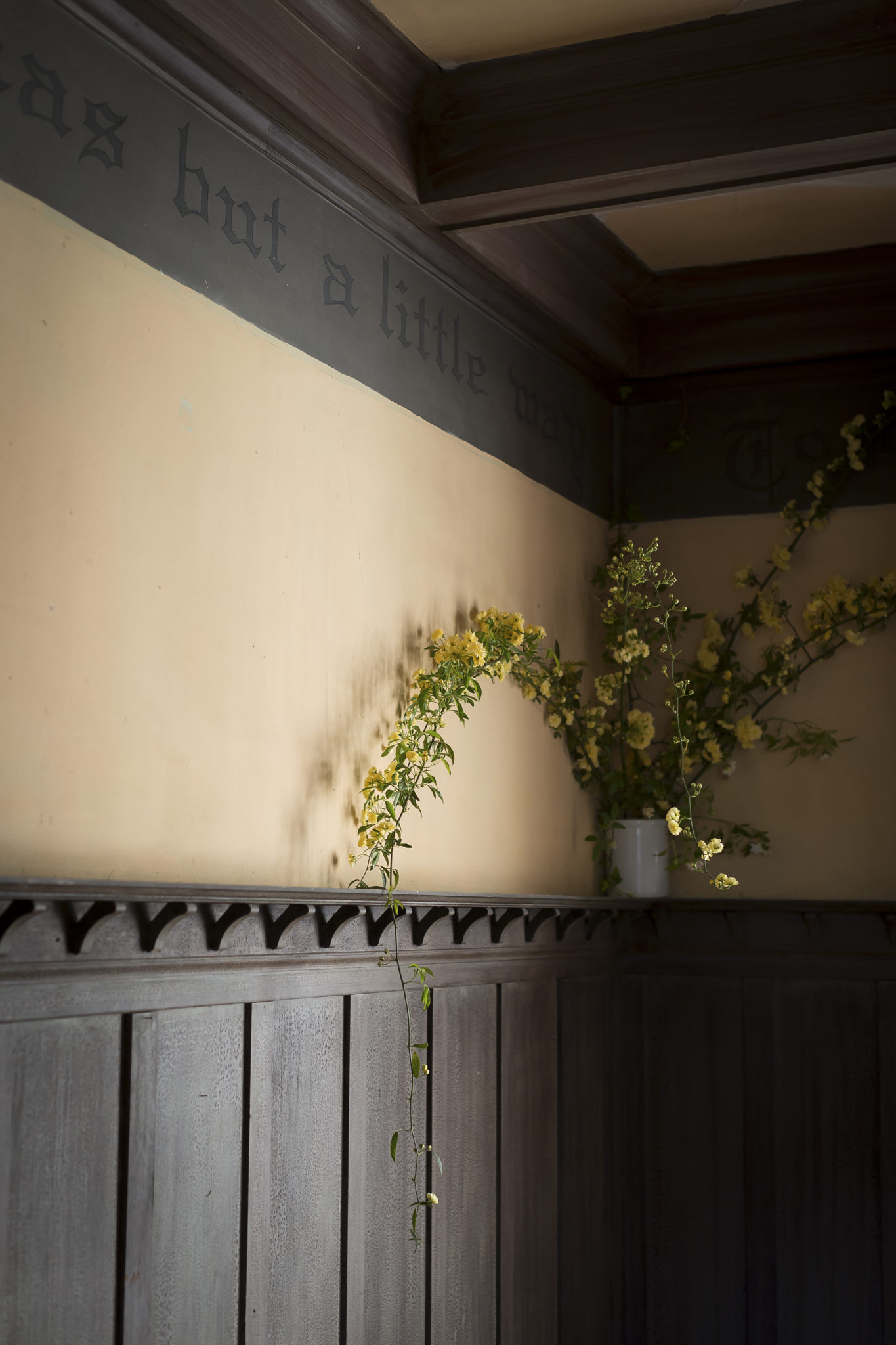 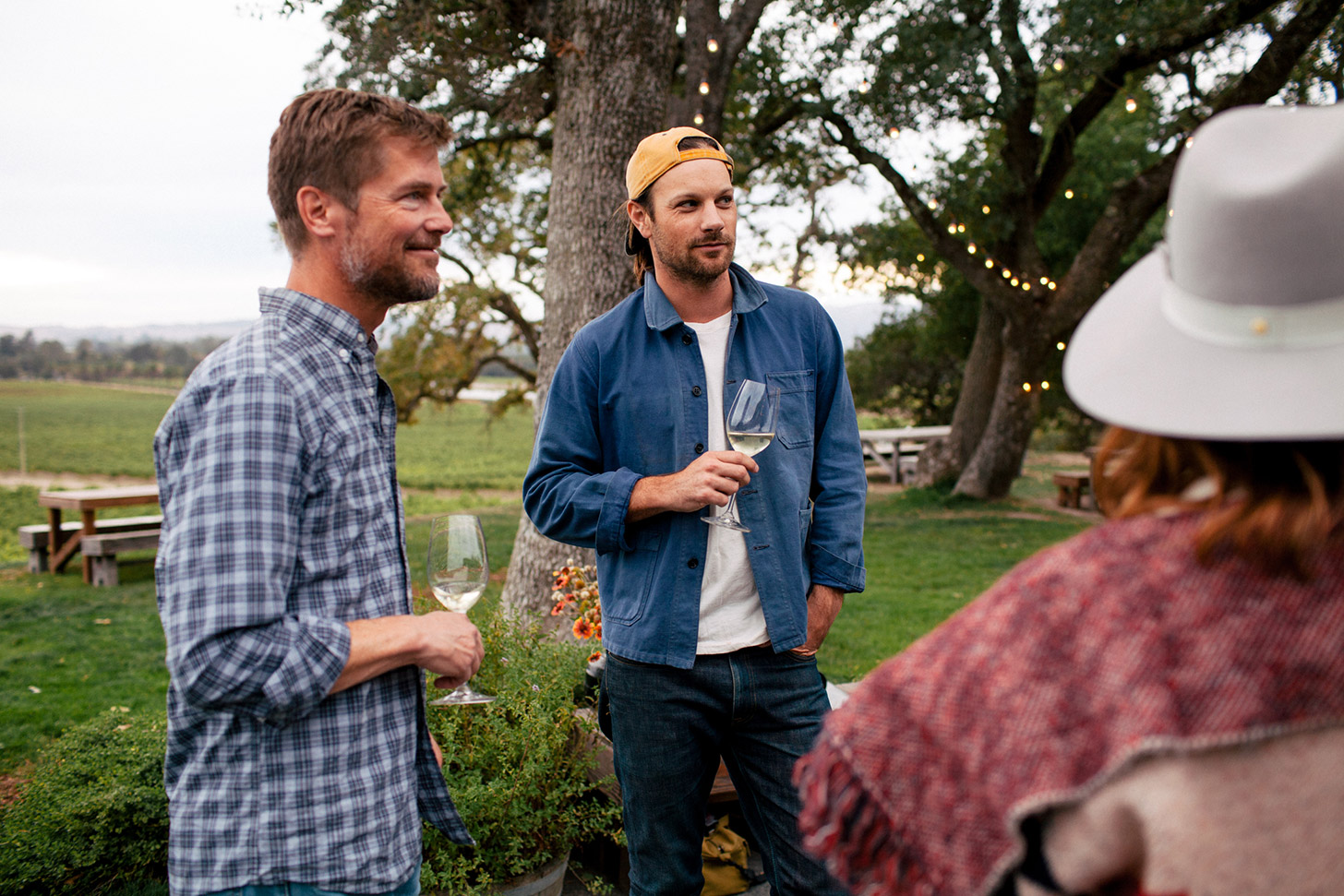 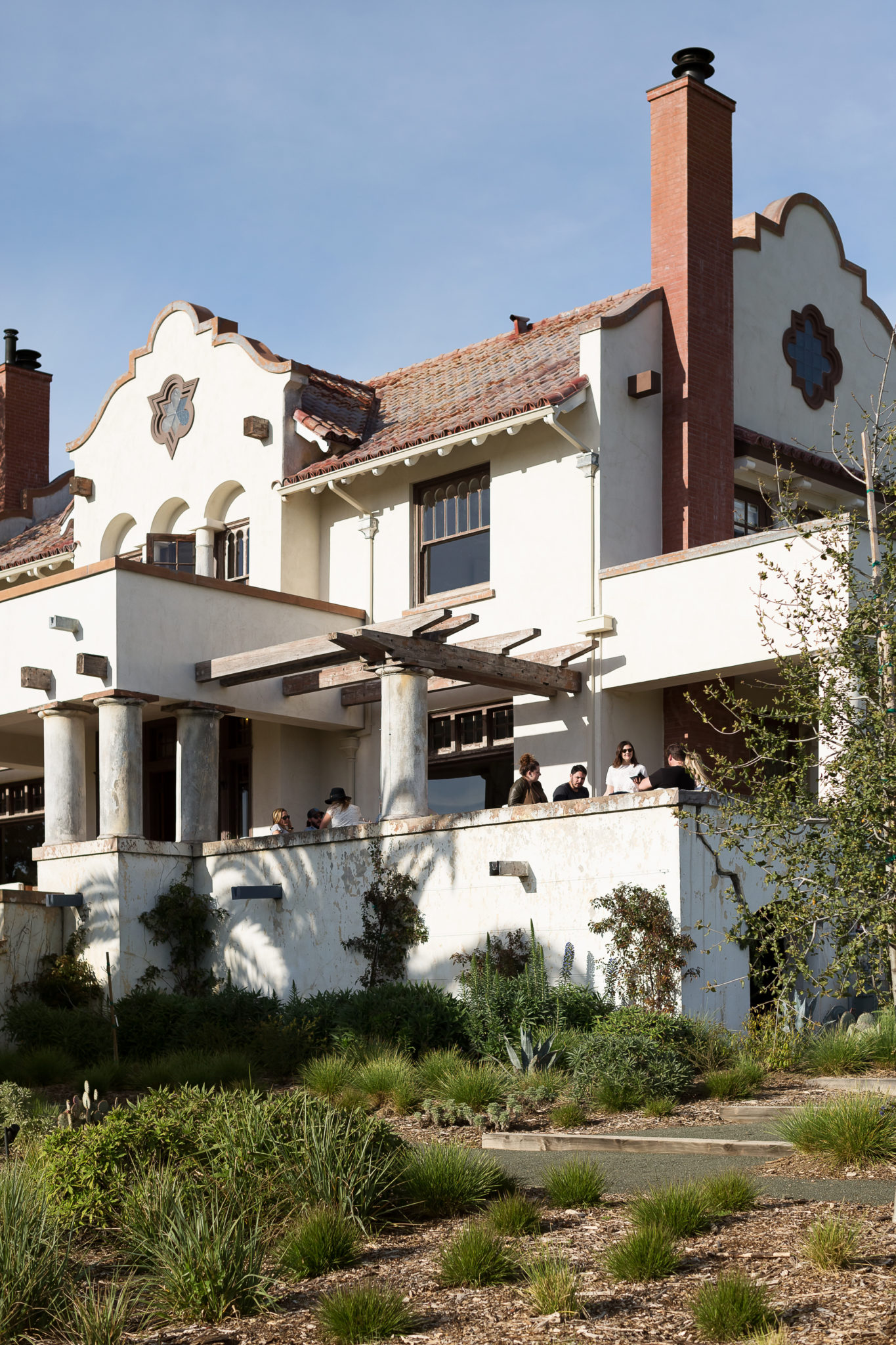 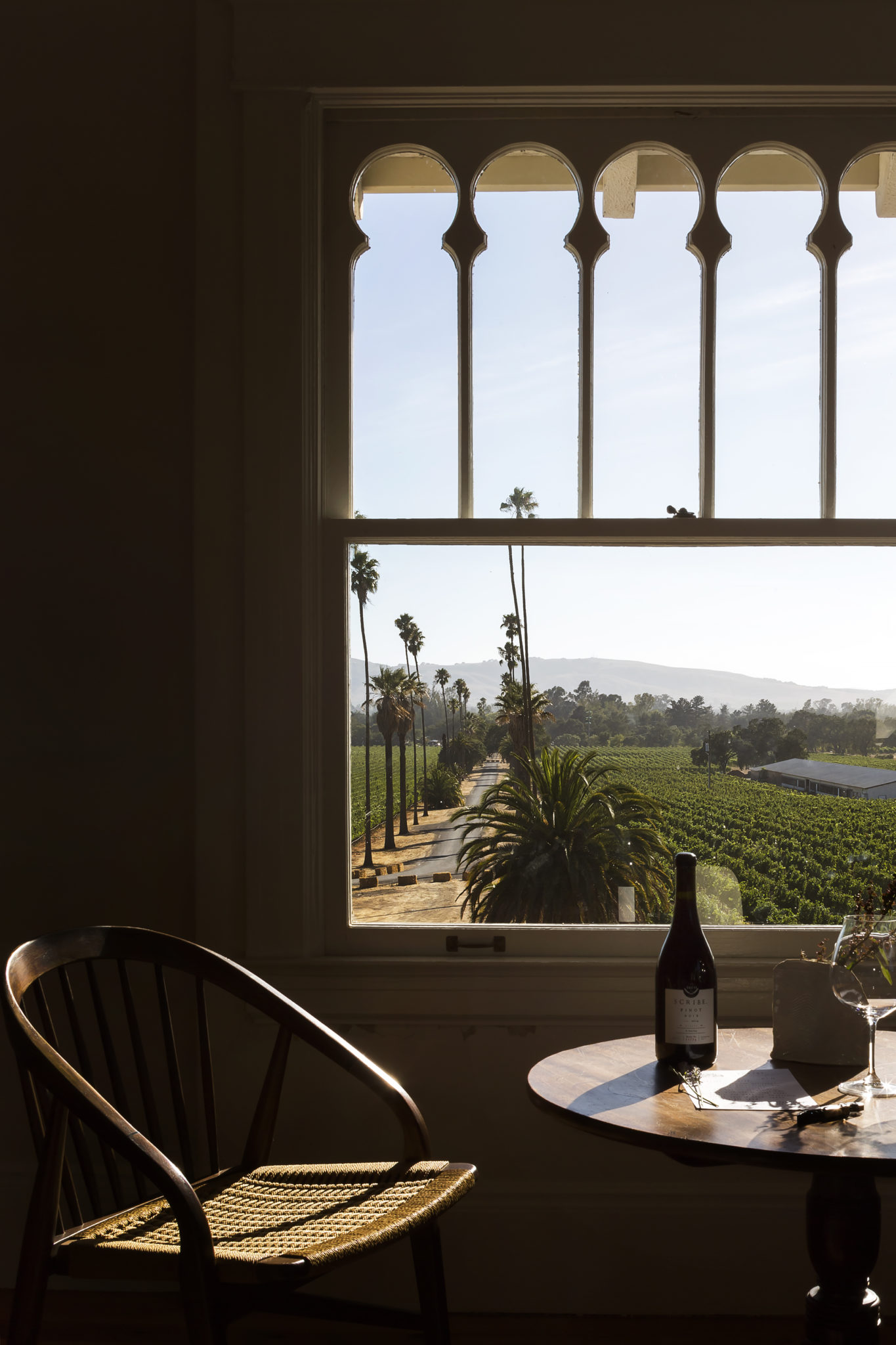 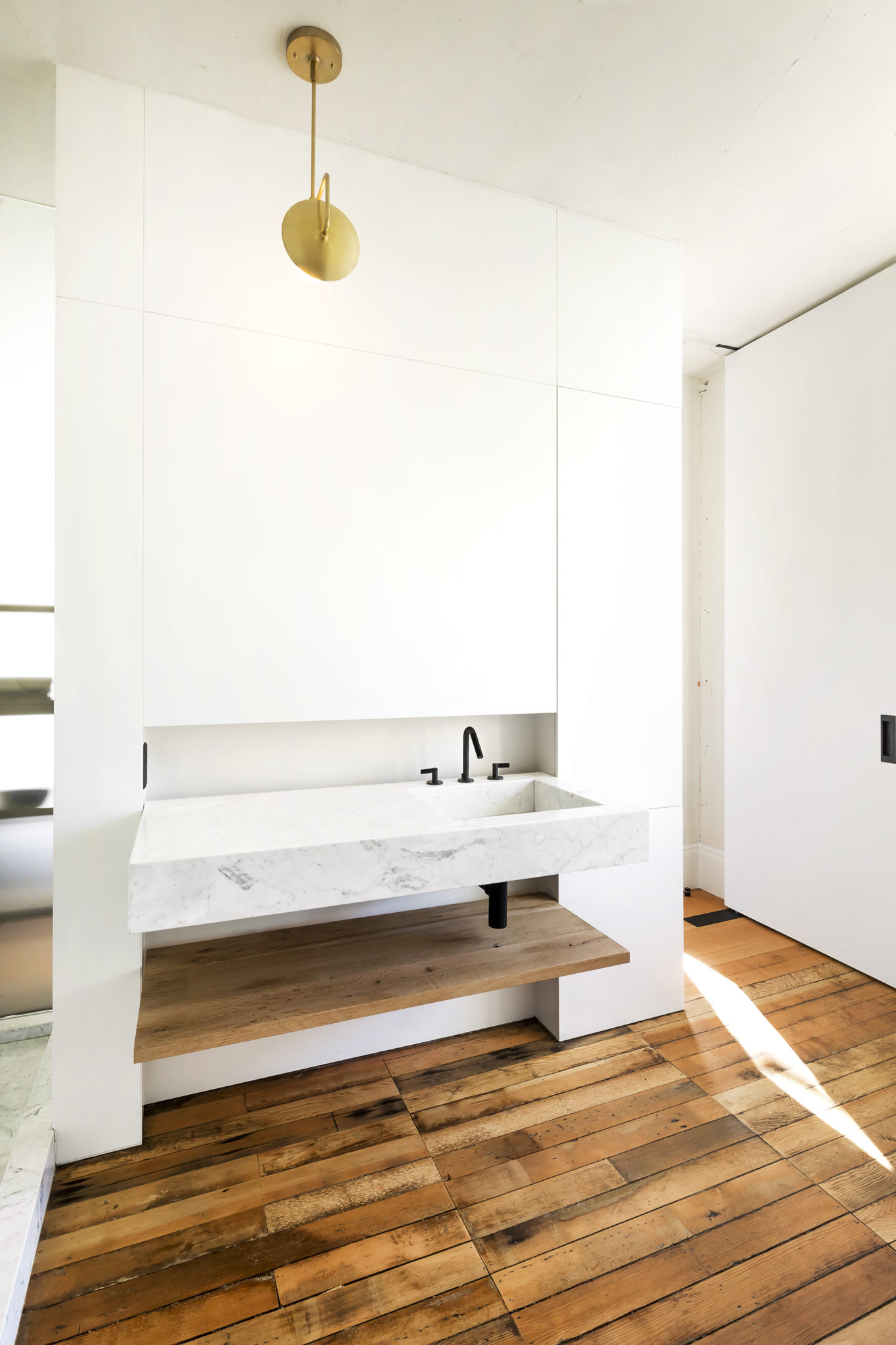 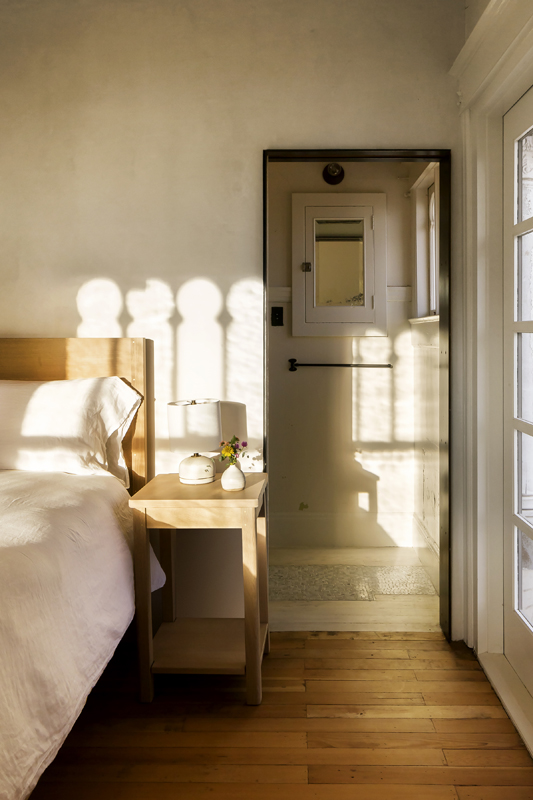 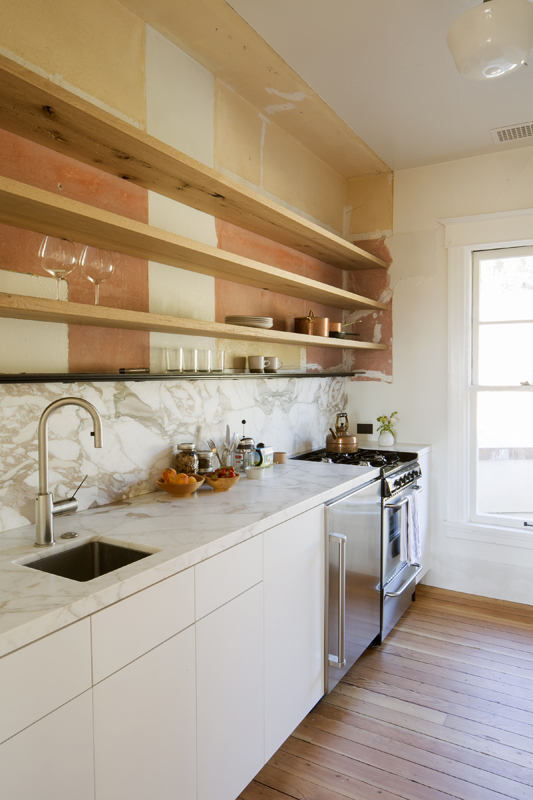 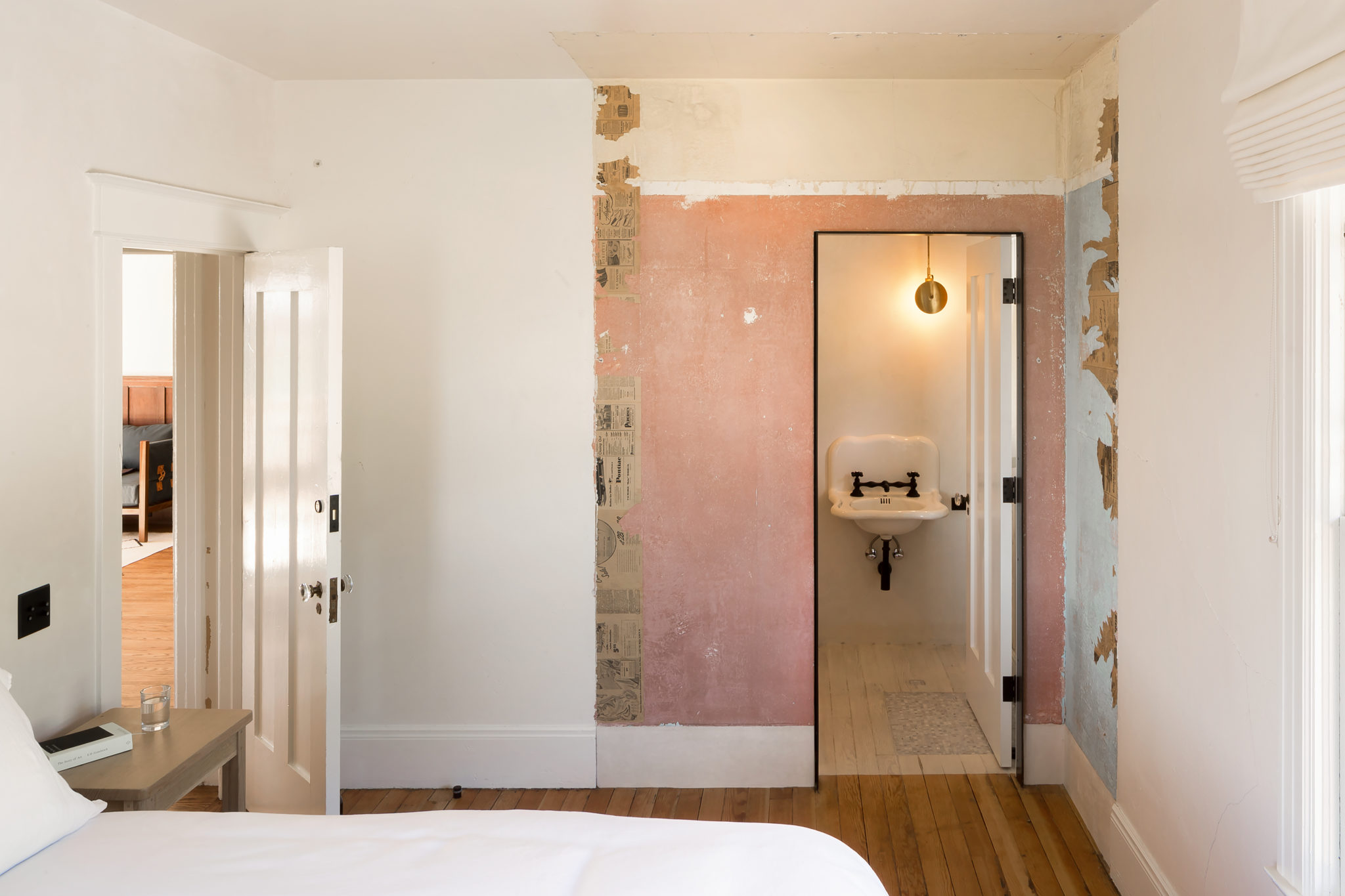 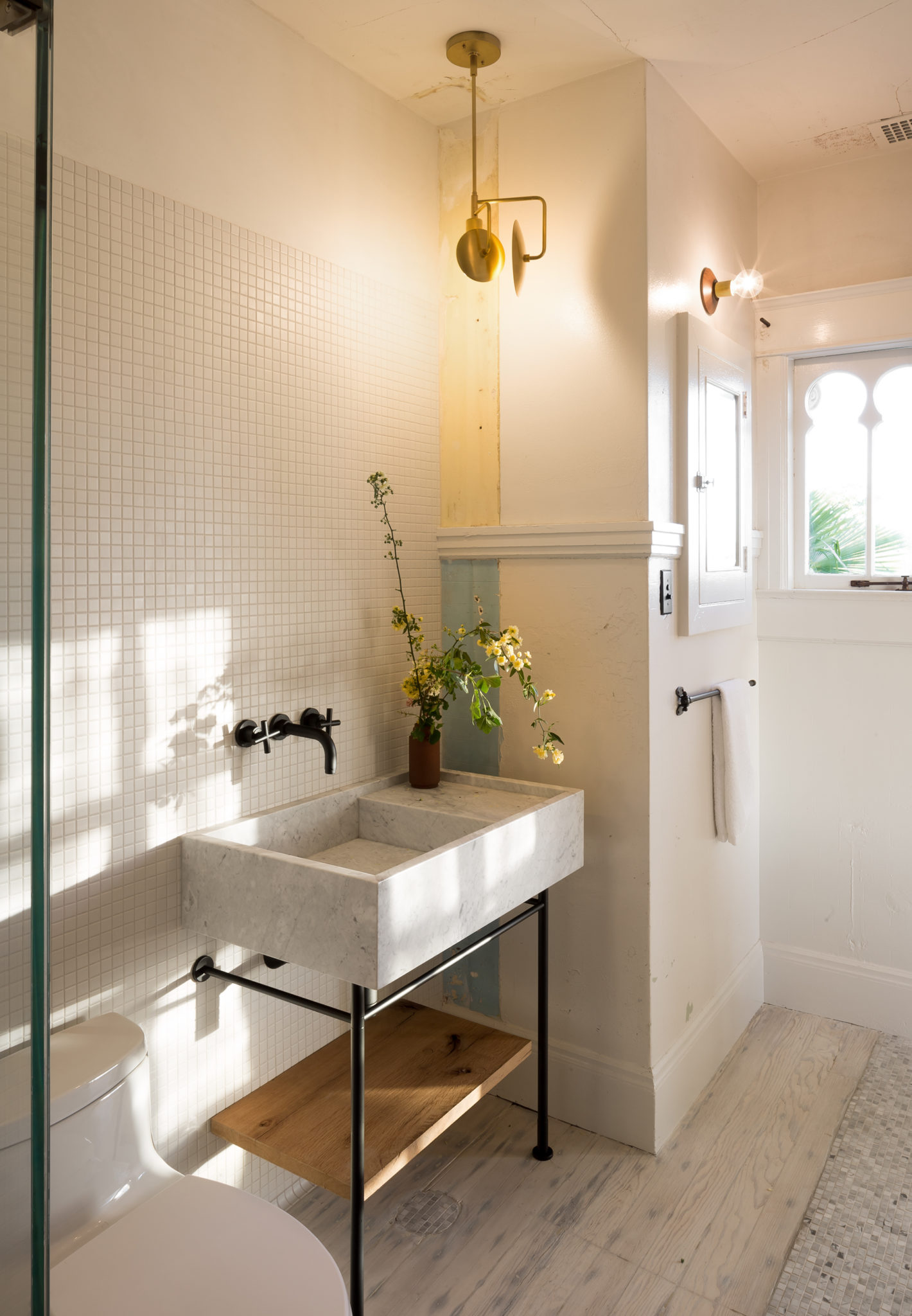 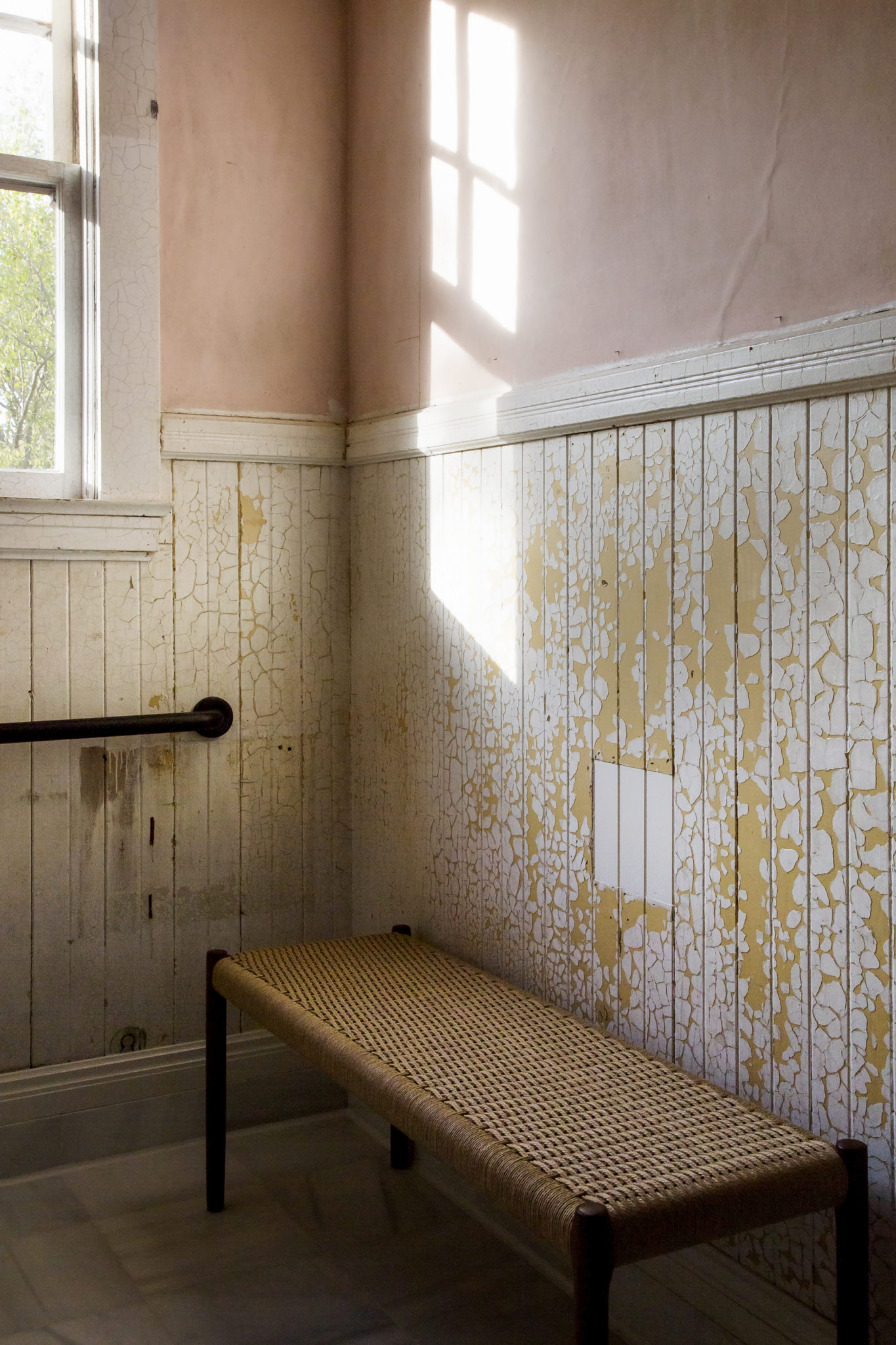 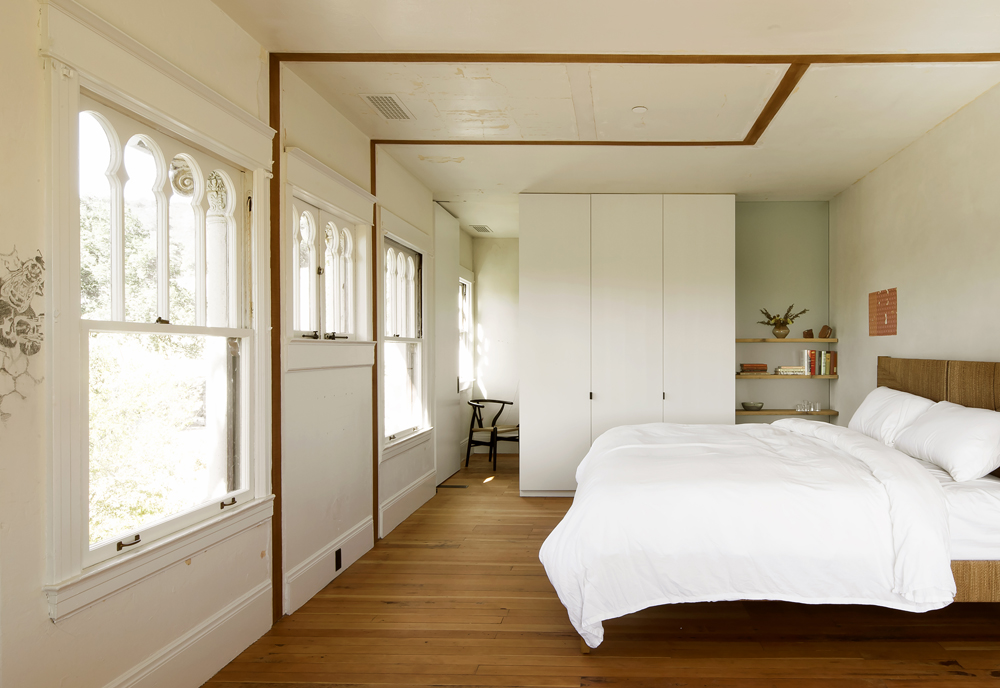 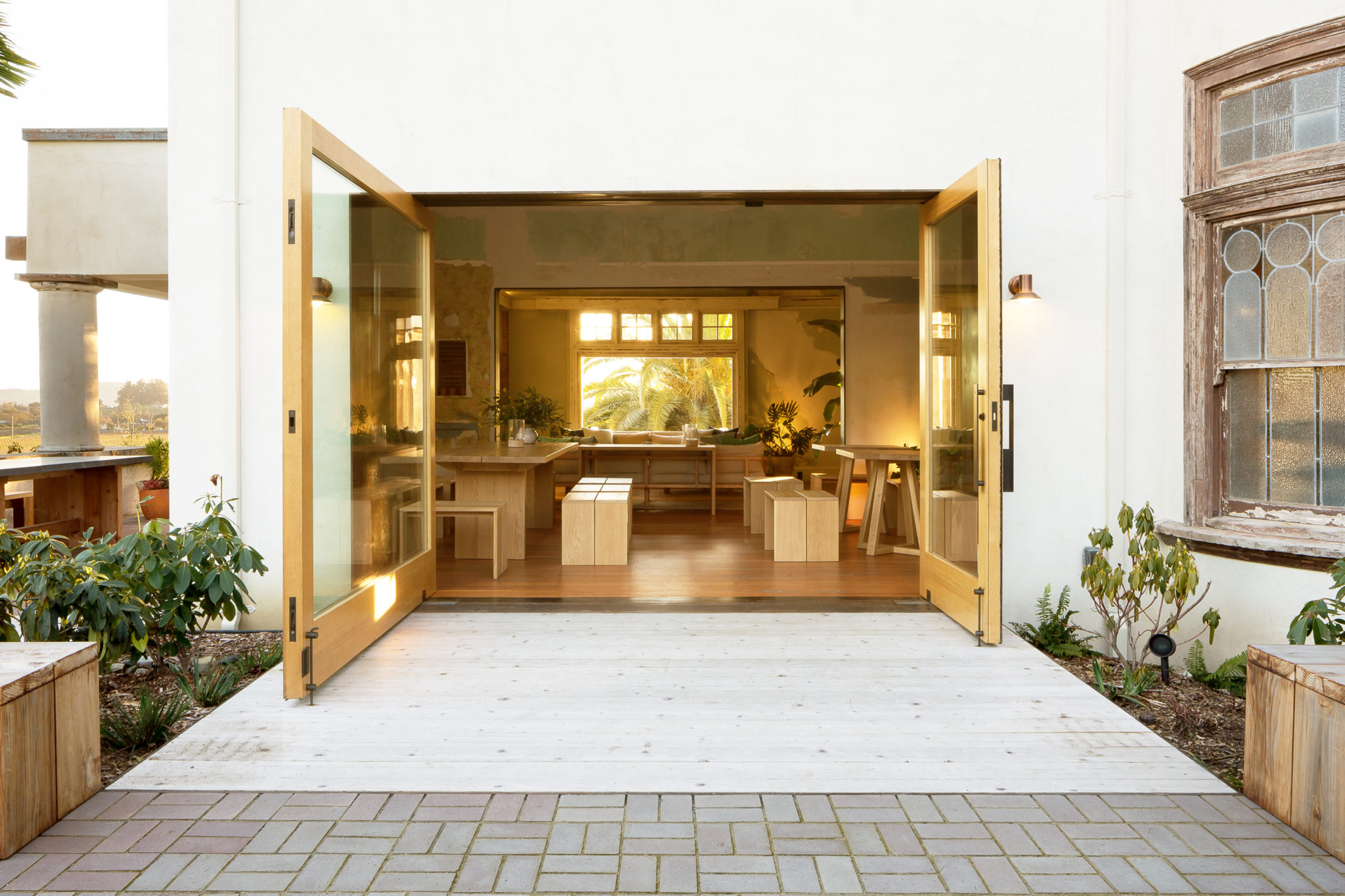 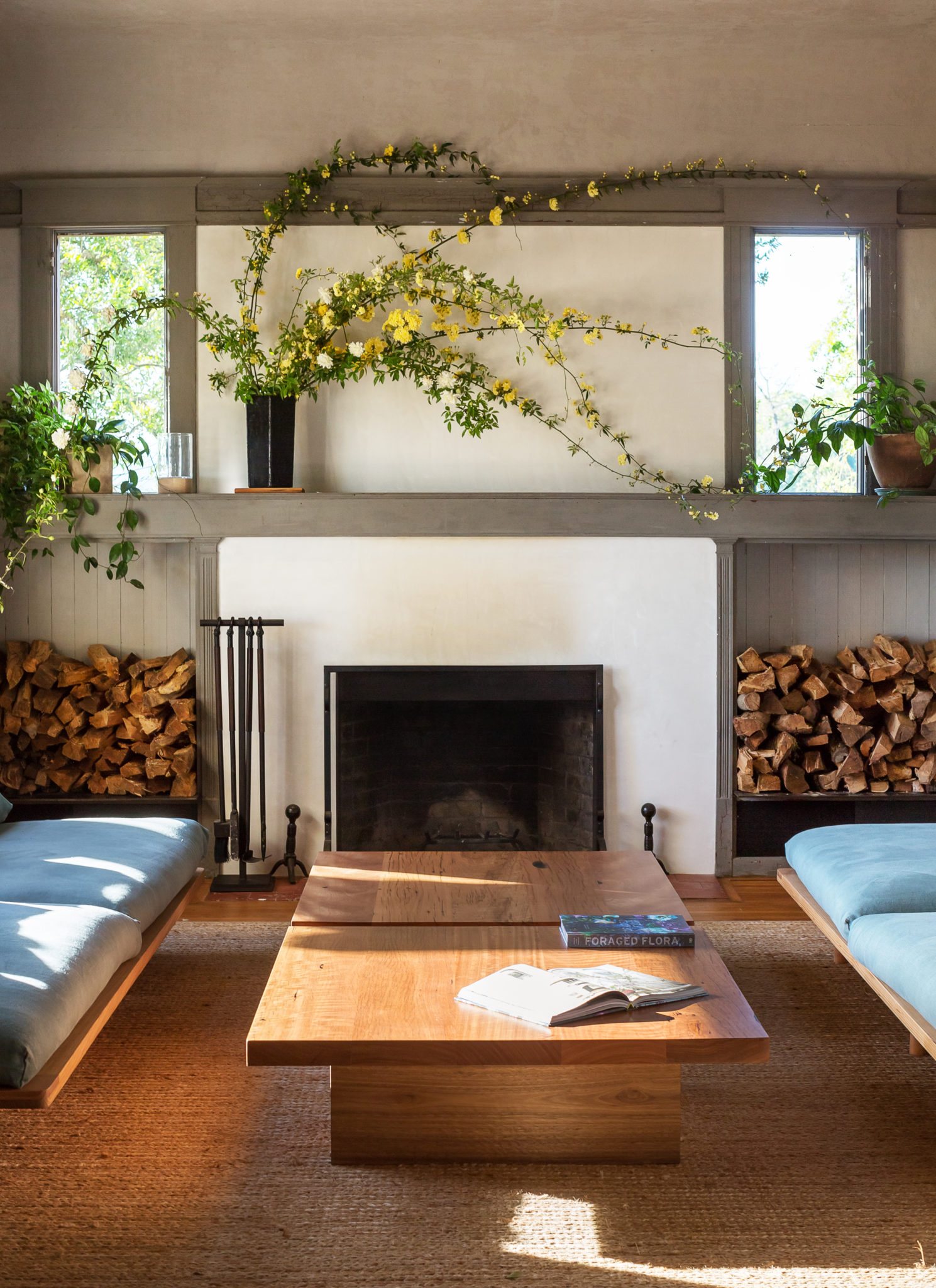 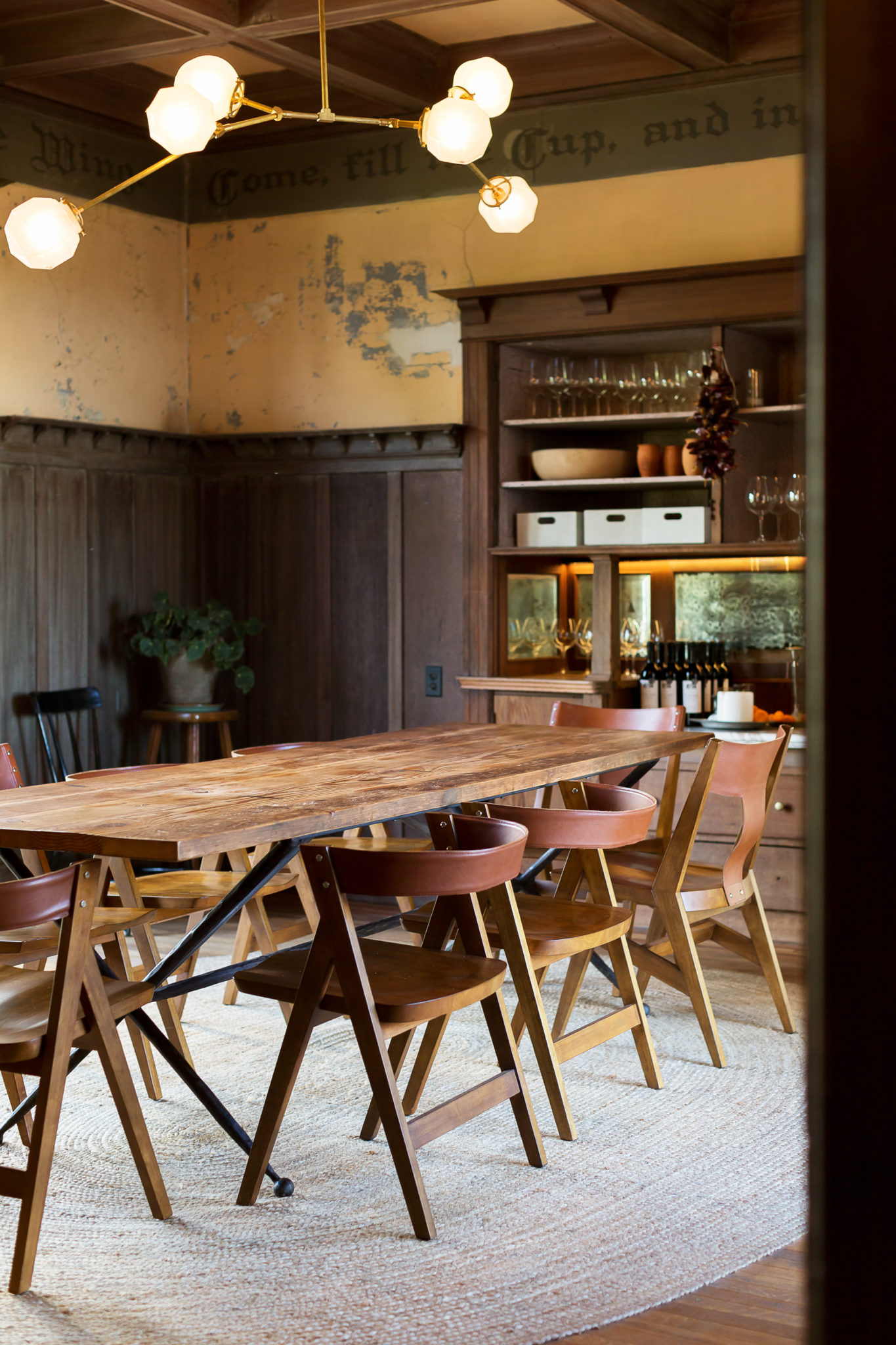 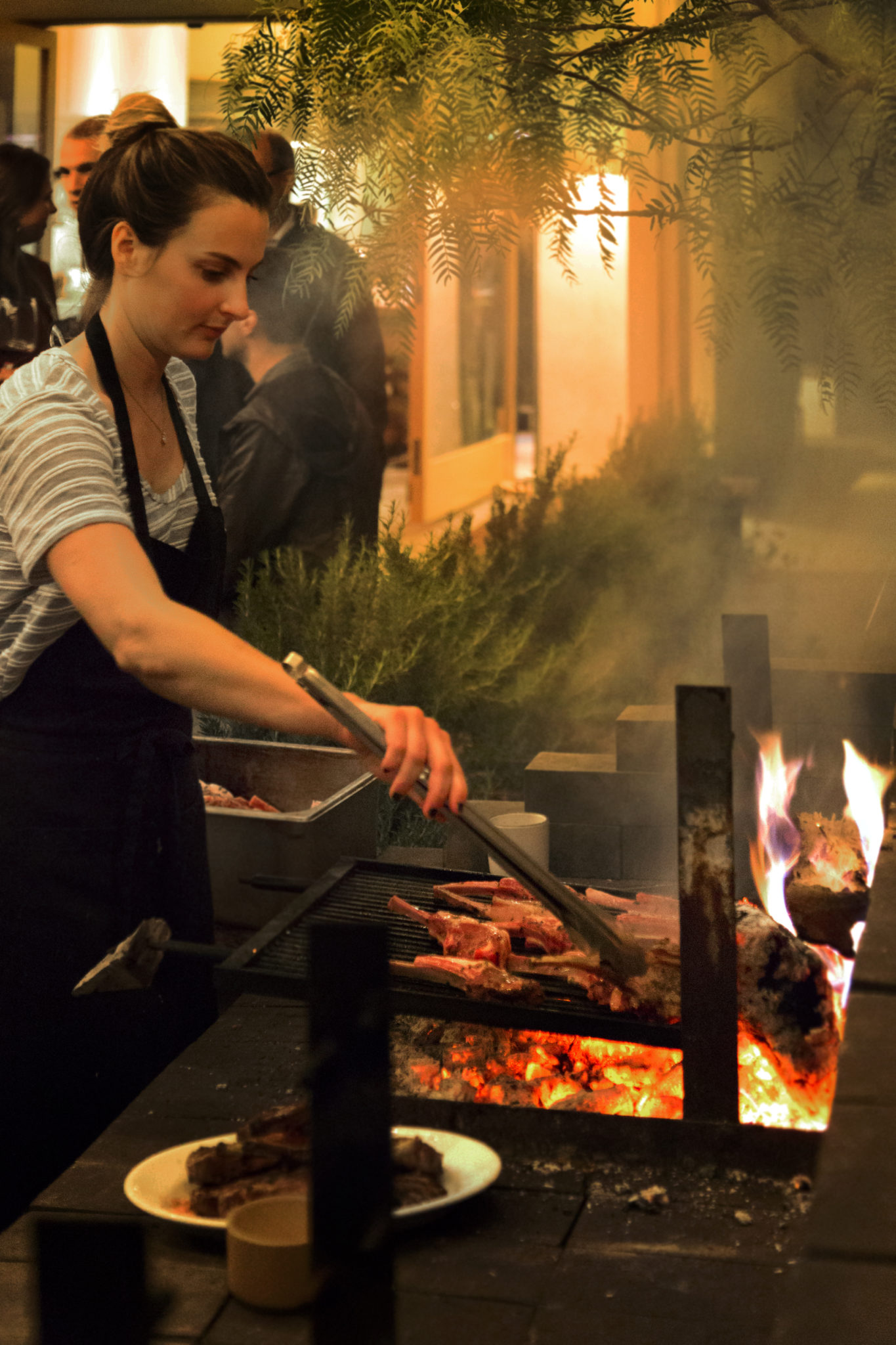 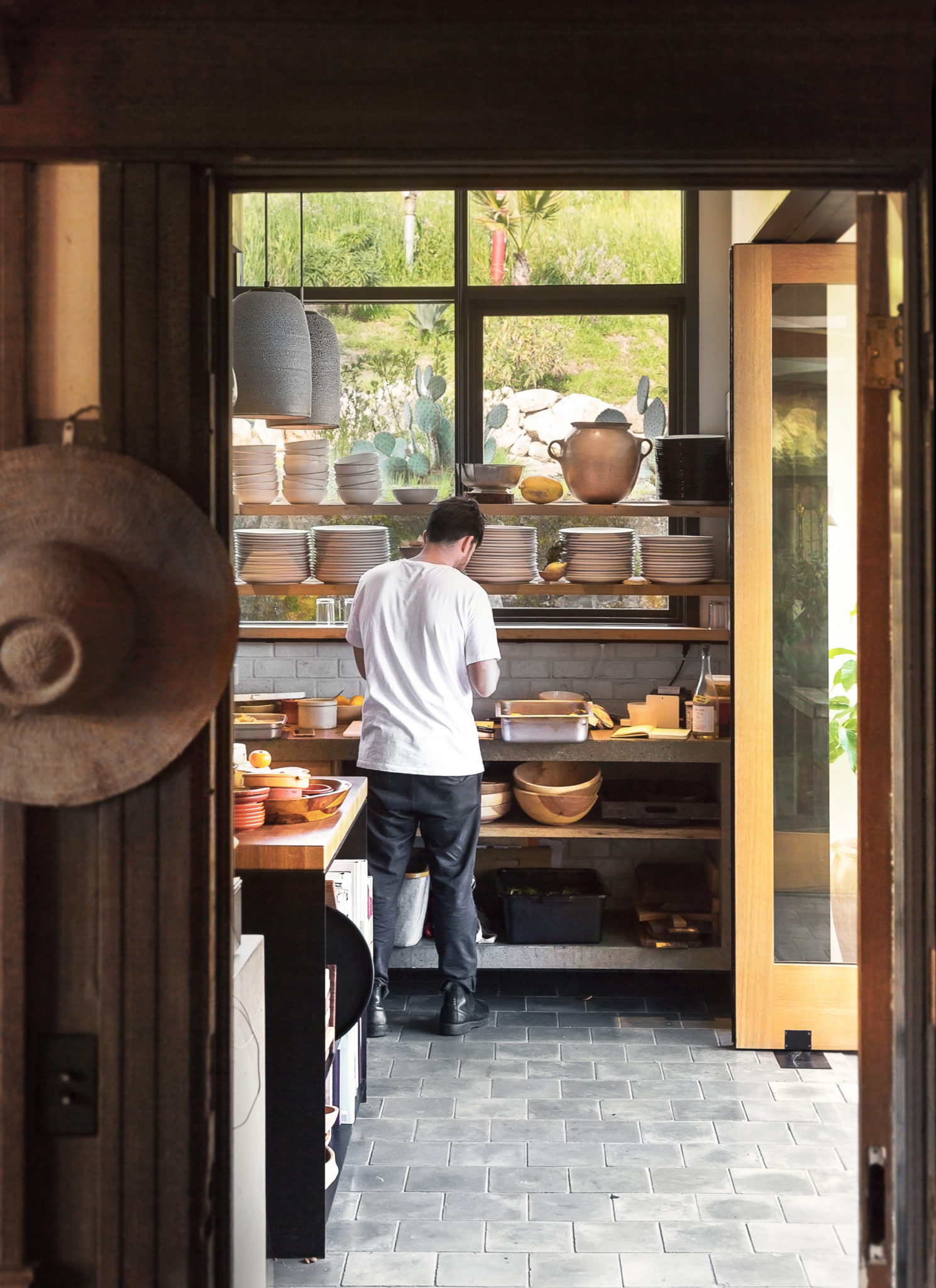 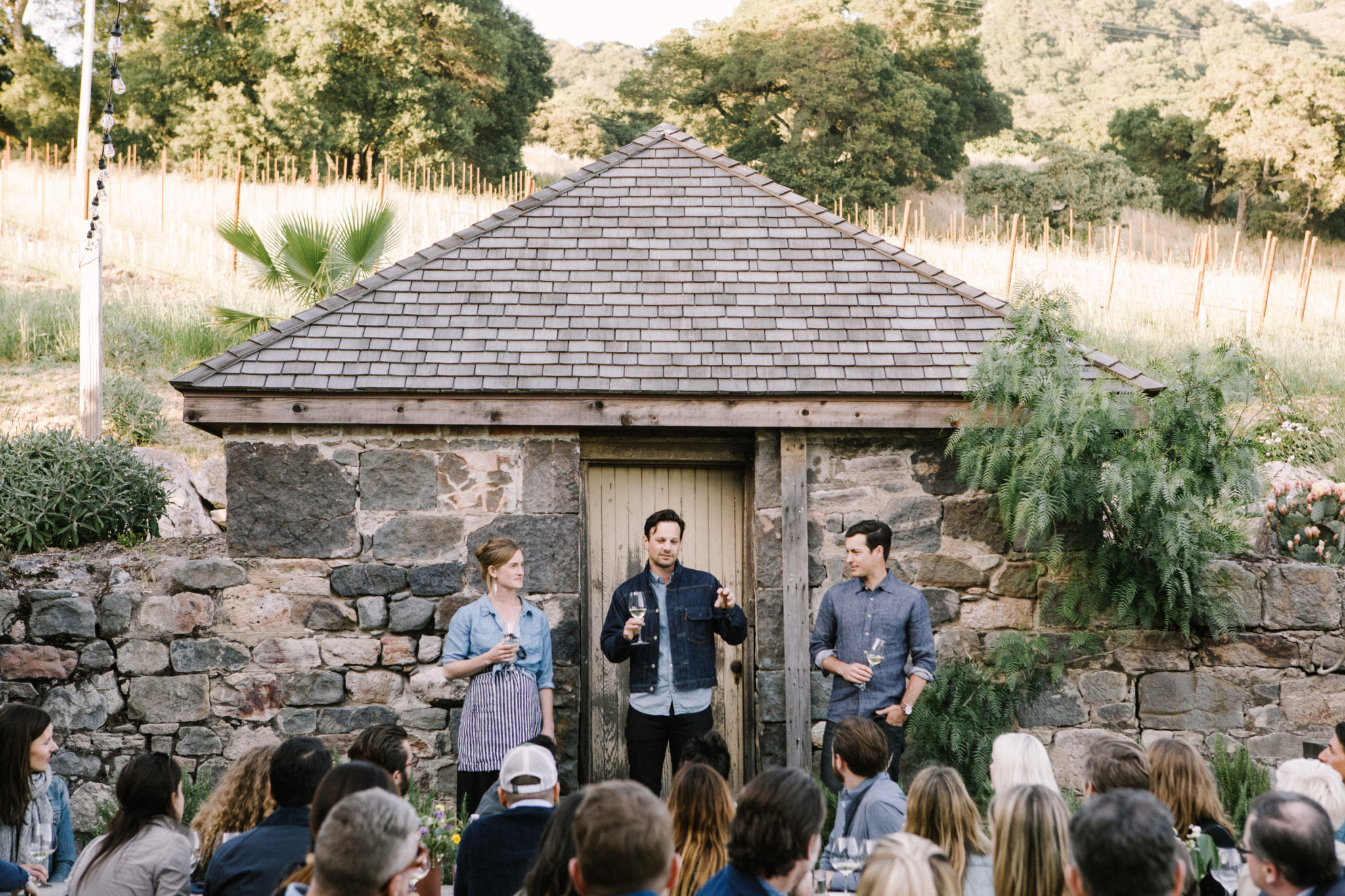 "The Cello Maudru team was professional, organized and able to adapt throughout the project. Routinely the project management team would need to solve a problem quickly, as new discoveries were common in our historic building. They worked extensively with our team, through detailed communication, to ensure a successful project. Their team continues to be available and responsive to maintaining their quality work as we use the building."